How to be the next Pubg maker! Learn Game Development now

We all know how fun it is to play games in our leisure time and we enjoy it to a certain point but just imagine this; A specific type of game that you always wanted to play but you cannot find either on the app store or play store and guess what? You develop the exact game on your own and add whatever features you want to it!

This is not the only exciting thing about Game Development, you can start selling it to make some money too and we all love money don’t we? Getting an experience like this is simply out of the world but here at ZAFF Institute, which is the best training institute in Pakistan, we make it happen by providing the Game Development Course under the guidance of the best instructors in the industry. You will learn concept generation, design, build, test and release. Become the “game-changing” game developer by starting your course with us now!

Things you will learn

In the game development course, each module of your degree is planned to look and function like your industry – from your workspaces to your projects, to your schedule. With an emphasis on projects that prove your experience to future employers, you’ll be building experience and a portfolio while learning at ZAFF Institute

How will you get a job?

There are various methods based on which route you’re taking.

To become a freelancer, you require:

The cold emailing skills and the solid pitch are a little unique and will require some quality research but don’t worry, you will find many free resources online.

Decide your niche, and create your blog and your LinkedIn profile around that niche. Then research companies that could benefit from app or game development, and send them an email pitching the idea.

That is a very basic version of what you need to do, but it should be enough to get you started. It’s a lot of work, so break it down into little steps as tiny steps lead to success. 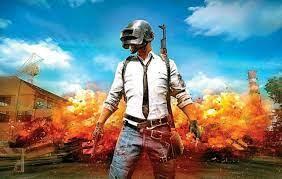 Getting a job at a studio is similar, you still need a strong portfolio for it too.

As discussed earlier, portfolios are going to set you apart from your peers. Anyone can use the existing roadmap of not getting out of their comfort zone and get a loan to go to university for years and get a degree but not everyone can put a game together quite like you can. No one has unique experiences. No one has your specific skill set. To shine brighter than others simply apply to the best game development course in Pakistan offered by the best training institute; ZAFF Institute.

What you need to know

Game developers can be a programmer, sound designers, an artist, a designer, or many other fields available worldwide.

Game Development can be done by a large Game Development Studio or by a single individual. Be it small or large, just do what you like as long as it lets the player interact with content and is able to control the game’s elements, you can call it a ‘game’.

To get involved in the Game Development process, you do not need to do coding. Artists may create and design assets, while a Developer might focus on programming a specific element in the game such as the health bar of the player in-game. A Tester plays the game and checks for faults and possible improvements. You can become any by joining the game development course with ZAFF Institute.

To resolve problems that game frameworks had, tools like libGDX and OpenGL were developed. They helped game development to be a lot faster and easier, providing lots of pre-made functions and features. However, it was still hard to enter the industry or understand a framework for someone coming from a non-programmer background, a common cause in the game development scene. To join the game development course apply now to the ZAFF Institute

That was when game engines like Construct, Game Maker, Unity, and Unreal were developed. Generally, an engine has everything that a framework had, but with a more friendly approach by using a graphic user interface (GUI) and helping with the graphic development of the game.

In some cases, like Game Maker and Construct, the amount of pre-made functions is so big that people with no previous programming skills could build a game from scratch, really expanding the scene and making game development accessible for almost anyone. You can also do magic by joining the game development course at ZAFF Institute.

Many developers choose to develop a game using a Game Development Engine.

Game Engines can make the process of creating a game much easier and enable developers to reuse lots of functionality. It also takes care of rendering for 2D and 3D graphics, physics and collision detection, sound, scripting, and much more.

Some Game Engines have a very steep learning curve such as CryEngine or Unreal Engine. Yet, other tools are very accessible to beginners and some do not even need you to be able to write code to create your game, e.g. Construct 2.

The Unity Game Engine ranges somewhere in the middle, while it is beginner-friendly, some popular and commercial games have been built using Unity (e.g. Overcooked, Superhot).

The BuildBox game engine is basically for developing hyper-casual games. To join the game development course just visit the website of ZAFF Institute.

Want Us to Email you About Special Offers & Updates?

ZAFF Institute is the platform to provide you with professional training. We are offering several courses to enhance the capabilities & skills of Professionals and Students, who want to excel in the fields of Information Technology.